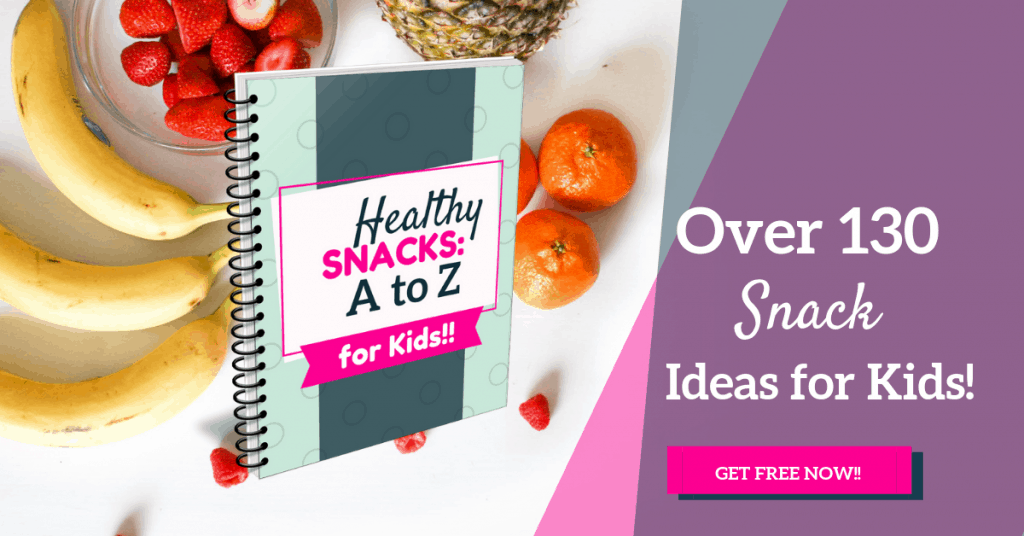 Want to Remember This? Pin 5 Snacks For Kids That Start With The Letter E to your favorite Pinterest Board!! 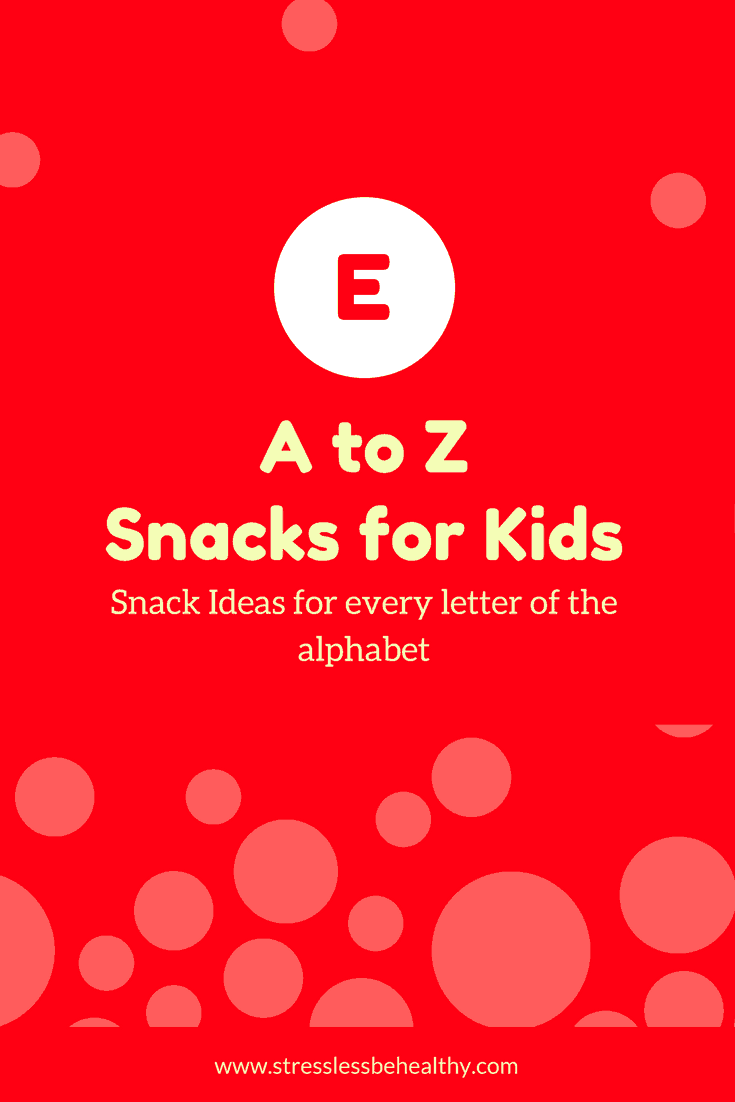 Snacks that Start with E

This week we focused on the letter E. It was quite a bit easier to come up with snacks this week than it was last week for the letter D.

This week we had 3 different snacks that were made out of eggplants. Two of them were actually really good. The other one; not so much.

My older daughter was super helpful this week, especially with preparing some of the snacks for her younger sister. Read on to see all 5, or 6, snacks we had this week.

The first snack we had this week was gross, to say the least; they were eggplant chips.

I’m not sure if I made them wrong, or what, but my girls and I did not like them. Some were too burnt, while others were still squishy. I’m not sure how often you have eggplant, or if you’ve ever had it before. But, eggplants are a very squishy vegetable. So, this snack ended up being a miss. Luckily, the only miss of the week.

Just like previous weeks; if we end up having a miss one of the days of the week, we always try to make up for it with another snack that starts with the same letter. So, on Monday, we also had everything bagels.

It may not have had fruits or veggies in it, but it at least had some seeds on it that were healthy.

Well, if not, then we did better for the rest of the week. 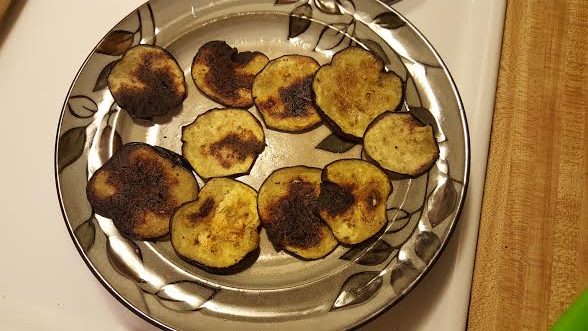 On Tuesday we had ears of corn.

We actually added this as a side to a meal, like most people probably do. Both my girls ate it. But, then again, that’s probably not much of a surprise; who doesn’t like corn? 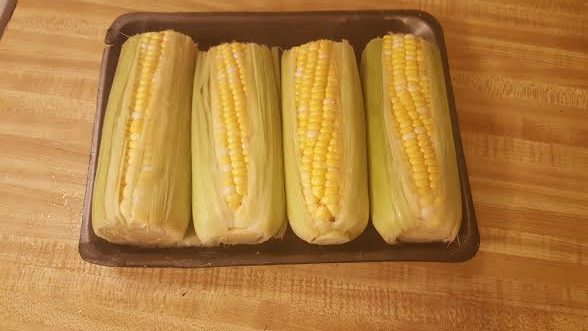 On Wednesday we had our first hit for eggplants. At least for myself and my younger daughter.

We made eggplant pizzas! I say we because my older daughter helped with these. She got to spread the sauce around and put the cheese and tomatoes and onions on. Even though she helped prepare them, she did not like them. I also made a few of the eggplant pizzas vegan by using nutritional yeast in place of the cheese. I actually liked the vegan version better. My younger daughter devoured two of these, one vegan and the other with cheese. We also had a regular pizza for dinner, not too long after we had these. I wasn’t sure if we would like these because of how Monday went. But they were delicious. 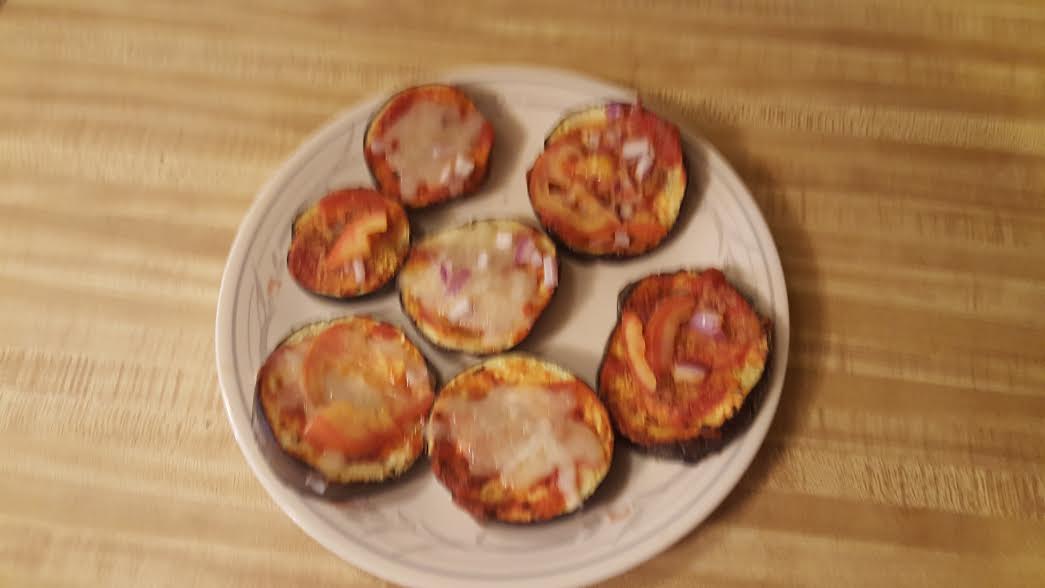 Thursday was another good day, as far as snacks went.

Another very simple, yet delicious snack. My older daughter was another big helper for this snack. She only tried a few of these because she was too busy shooting them out of their shells to give to her sister. But. she loved them. I love it when they get along! And my younger daughter could not get enough of these; neither could I.

We went the easy way of making these and just bought a frozen bag to stick in the microwave; can’t always ignore convenience foods. It also gave me a chance to actually sit down for a moment, which was a nice change of pace. If you’re a stay at home mom or spend all day on your feet taking care of others you may be able to relate.

On Friday we had a huge hit, especially for my 15 month old.

We had eggplant fries!

And my younger daughter kept asking for more and more. I loved these, too. They were even better with marinara sauce, but that would’ve been way too messy for my little girl. My older daughter, however, was not much of a fan. She tried one and was not as impressed as her sister was with these.

I knew I wanted to make these this week and had tried to find a recipe. I found one that looked promising, but then saw that they would need to be boiled in oil; it just didn’t seem healthy enough.

So, I ended up just making these trial by error. One vital step I found when baking these in the oven is flipping them over halfway through to get them crispy on both sides.

No one likes soggy fries, and that was another challenge with these squishy vegetables; they need to be baked for at least 20 minutes. I have had a chance for more trials and errors, and came to a great success. 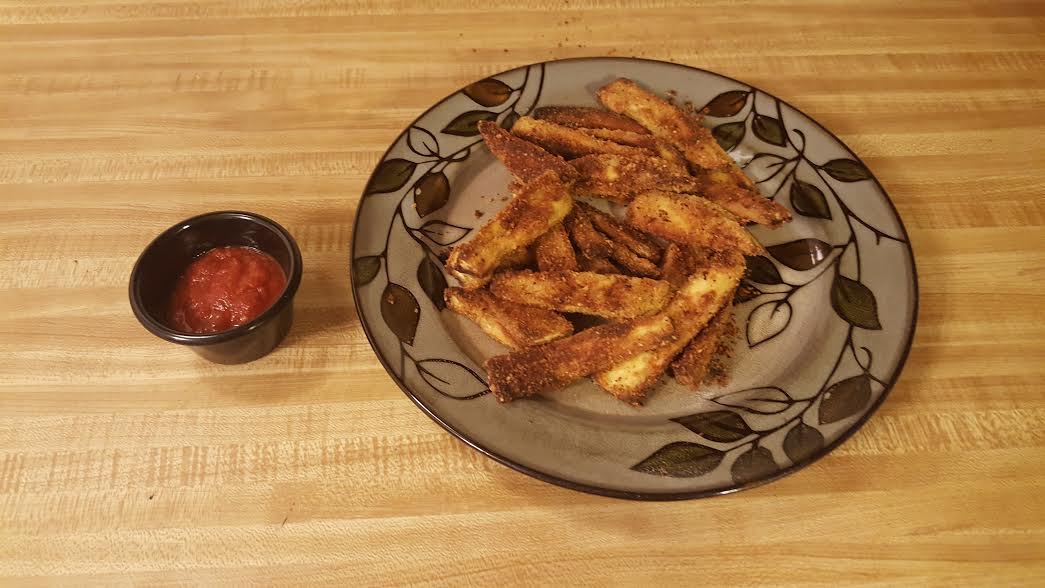 5 SNACKS THAT START WITH E 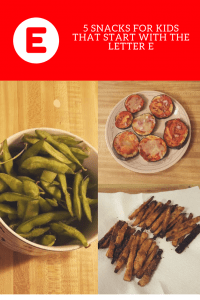 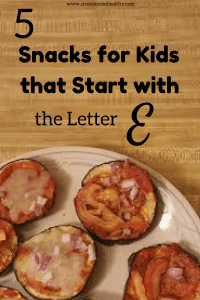 Hi, my name is Shawna, I’m a mom of three beautiful little girls and I love creating vegan recipes that they can help with! Stress Less Be Healthy is all about helping you eat better, discover kid friendly recipes, and create meal plans that your family will be happy with!
Read More!
Disclosure: All posts may contain affiliate links (meaning if you end up purchasing something when you click on the link then I may get a commission on it, with no extra cost to you, of course). This may allow for me to keep this site up and functional. For more information on what this means, visit my disclosure page.
Disclaimer: I am not a doctor or registered dietitian (RD). The information provided on this website is for informational purposed only and are not meant to treat, cure, or prevent any health issue. I am not liable for how you interpret or use the information provided. I recommend you consult with an RD when raising vegan children to ensure they get all nutrients needed for healthy development.
29 shares